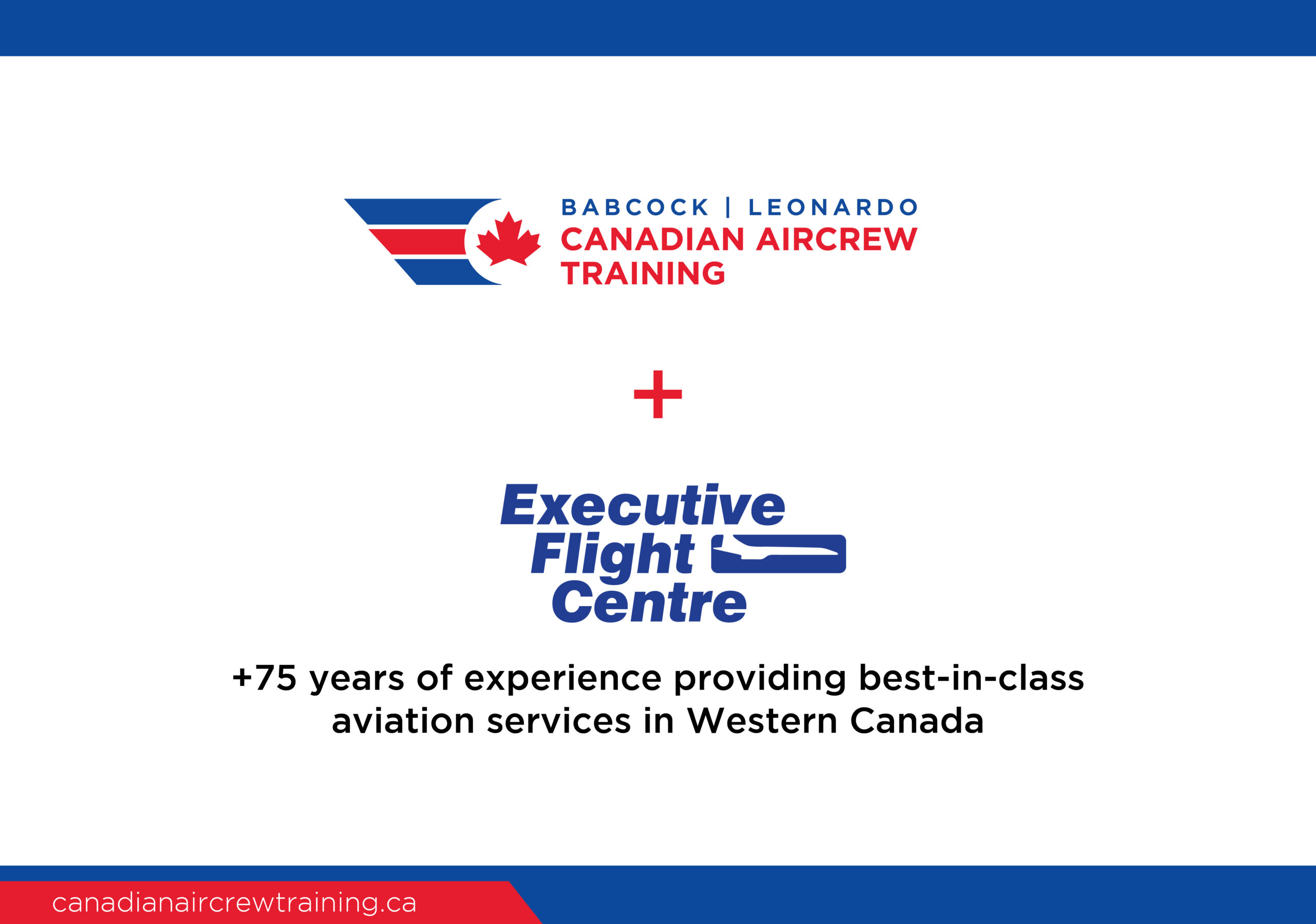 In partnership with strategic Canadian suppliers, the Babcock Leonardo Canadian Aircrew Training program will set the stage for the next generation of military aircrew training, while pushing Canada’s economic and strategic goals forward.

We are thrilled that Executive Flight Centre has joined the Babcock Leonardo Canadian Aircrew Training Team. Our team of global leaders provides first in class military aircrew training that is delivered locally by leading strategic Canadian partners with operations from coast-to-coast.

EFC is tremendously proud and excited to be selected as a strategic partner of the Babcock Leonardo Canadian Aircrew Training team. The FAcT program is an integral component of the RCAF, and we are prepared to provide best-in-class services for this operation. EFC’s chairman and majority shareholder, Ken Lett, is a Second World War RCAF veteran who flew Spitfires in combat, including the invasion of Normandy. It would be an amazing accomplishment for EFC to participate in the FAcT program and to continue Ken’s legacy and contribution to the RCAF.

EFC participates in the Canadian Employment Equity Program which supports the recruitment, development, accommodation, and promotion of four designated groups: visible minorities, women, people with disabilities, and Indigenous peoples. A core objective of EFC is to generate economic benefits for Indigenous communities and people in the region. The company achieves this through investment and partnership in both human and financial resources and by supporting cultural activities, community building, and skills development. EFC has also established highly successful partnerships with the Haisla First Nation in the Kitimat region and the Mikisew Cree First Nation in the Wood Buffalo region.

EFC currently operates in eight airports and three aerodromes. Their headquarters is located in Calgary, Alberta and they currently employ approximately 475 talented and dedicated people.