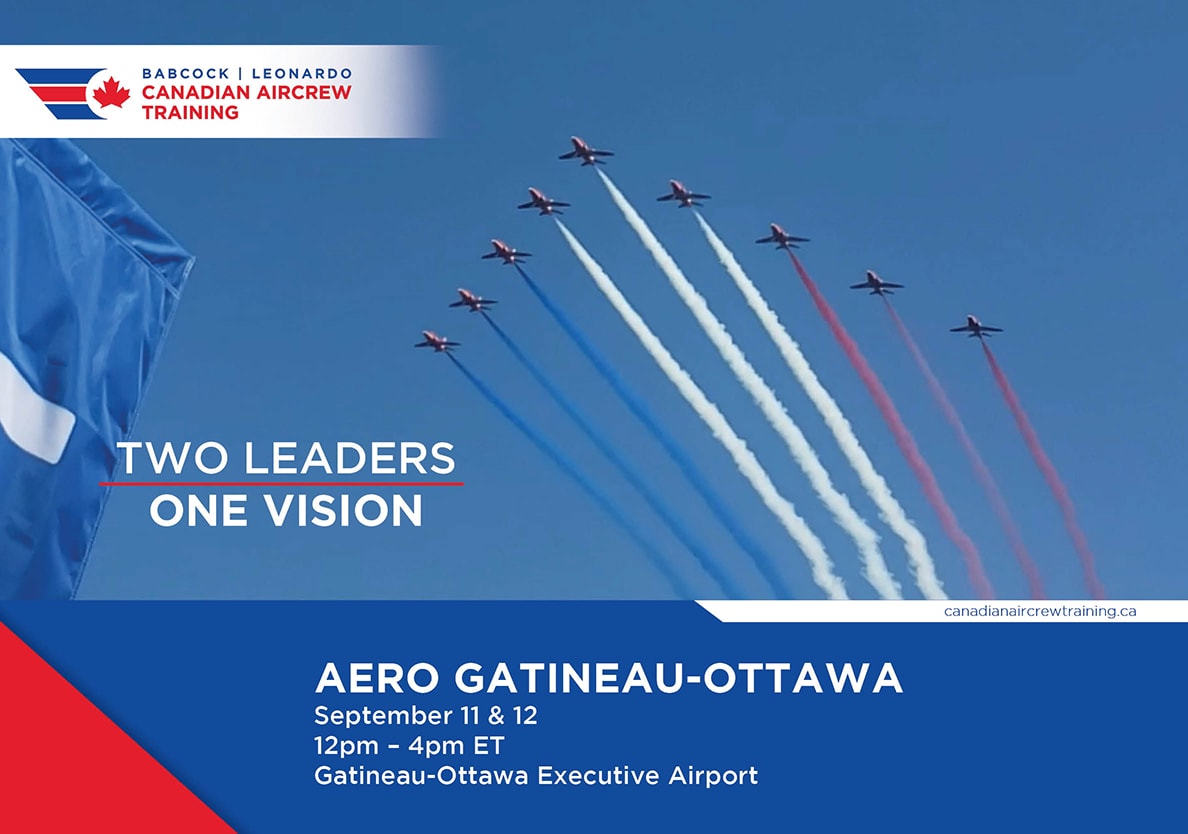 We are delighted to announce that Babcock Leonardo Canadian Aircrew Training will be attending Aero-Gatineau 2021, which will take place in Gatineau, Quebec, from September 11th to the 12th.

Aero-Gatineau is a new non-profit corporation, created for the Aéro 150 event that took place in 2017 in the context of the celebrations of the 150th anniversary of the Canadian Confederation.

Their objectives are to foster aviation awareness among all audiences, especially young people, and the preservation and demonstration of historic aircraft.

Babcock Leonardo Canadian Aircrew Training is able to leverage on its extensive global military aircrew training expertise and develop a tailored solution to meet the Royal Canadian Air Force’s needs. The team is working with their supply chain, communities, and Indigenous partners adding value to Canada now and in the future. Babcock Leonardo Canadian Aircrew Training is strongly committed to providing a completely integrated, end- to-end military training solution that will generate a robust and efficient flow of Canadian military pilots and personnel.